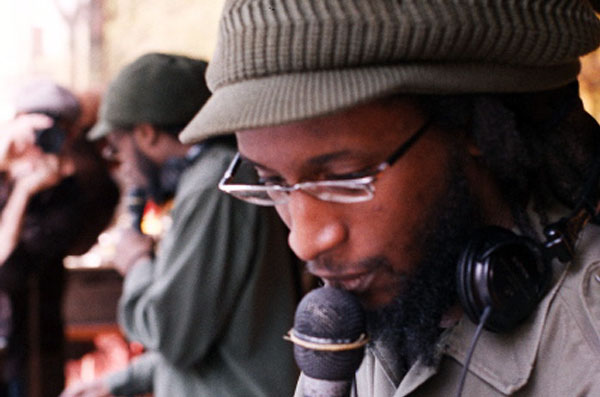 In New york city, there is no alternative to a Ras Kush & Black Redemption sound session. Ras Kush is a true soundman in the original concept of soundsystem operation and administration. His musical works have filled a void in the vacuum of the reggae music scene in America. His international upbringing, and central love for music, influenced his sense for musical developments, and traditional rhythmic appreciation. Like most young people of his time, growing up in the early 70s Caribbean, he was influenced and inspired by the music of Bob Marley, and his regular stays in America exposed him to the then developing hip hop music. His love for music has led him to always be involved in one musical form or another and eventually dj-ing. Playing music, he found a specific fulfillment and satisfaction bringing everyone together in enjoyment.

His long-lasting connection with music is a driving force for His accomplishments. In his involvement with reggae music, Ras Kush has had a special connection with certain fundamental members such as Roland Alphonso and Lloyd Bullwackie Barnes. With Lloyd Bullwackie Barnes, Ras Kush has worked as artist and distributor, and toured Japan numerous times representing Bullwackies productions. Being the first reggae producer in America, and having the very first concept of a reggae soundsystem in New York, Bullwackies has been a mentor for Ras Kush. The soundsystem profession, which Ras Kush practices, has been the path of evolvement for most major producers out of Jamaica. This also propelled Ras Kush as a producer. His own Black Redemption label has released consistently well- received productions, with sought-after titles and requests for continuous pressings.

He is also involved in a re-issuing label, Forward Roots, that has produced lost treasures and unfamiliar gems from the 70s and 80s. Ras kush has recorded legendaries as: Ashanty Roy from the Lee Perry group, CONGOS; Glen Brown, Johny Osbourne, White Mice and Ranking Joe to name a few. He has also performed throughout America, Canada, Europe and Japan. With a growing fan base all over the world, it is important to take note and keep up with the latest on Ras Kush. Music is a mission- it is an outreach program for Ras Kush and the Black Redemption: Sounds of Praises-to bring the meditation of dancing and upliftment to one and all.