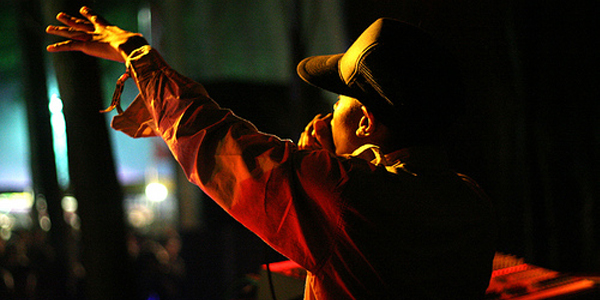 Young Warrior is son of the historic dub legend Jah Shaka. Playing out for numerous years all over Europe he has developed his own unique sound generating a following all over.

The Young Warrior has worked as a producer for many years now working with the likes of Jah Shaka, Gussie P, Mafia & Fluxy, Ras Muffet and many more.?? He has recorded soon to be released tracks with ever rising UK female artist Lexxy and South East London’s well known Rockaway, Sandeeno, Sister Beloved and many more to be added to his list.?? Many of the Young Warrior’s productions have been played by sound systems like Iration Steppas, Jah Voice, Tabot sound and most of all the great Jah Shaka sound system. In August 2006 the Young Warrior gave a special one off interview for the BBC on BBC Three counties radio with Ras Kush of which gained listeners all over the world tuning in to hear the Young Warrior talk personally for the first time in this one away interview. He has also given interviews for the Musically Mad documentary & Touch Magazine.

In 2011 Young Warrior was asked to represent UK dub reggae culture on BBC 1Xtra for black history month on Mistajams ‘Daily Dose’ programme to be entitled ‘The Daily Dose Of Dub’; which saw him talking about his various experiences begin the son of jah shaka & also explaining an introduction to dub music for 1Xtra’s fellow young listeners. These series of shows which spanned across three days became so popular among listeners he was asked to return in 2012 & gave an exclusive sound system style megamix series of special songs for Black History Month.

The Young Warrior’s DJ sets of which he started his public career taking him far & wide has a very new however old school sound playing roots & culture dub music from the 70’s till now in the traditional Shaka warrior style connecting with the elders who attend Shaka dances but also with the younger and new generation so they can also get a piece of his own musical message. In 2011 after many years of demand young Warrior launched his very own build sound system at Dubwise Festival 2011 alongside King Alpha Sound System at the Brixton Mass music venue in London’s Brixton. Since launching his sound system he has played alongside many big well known sound systems such as Iration Steppas, Jah Tubbys, Jah Youth, Channel One, King Shiloh & many more.

In March 2013 Young Warrior takes part in one of, if not the biggest Dub 3 day festivals in the UK rightly called ‘The United Nations Of Dub Weekender’ in Wales. With so many names to mention he has been selected out of so many with 6 others including his father Jah Shaka of course to bring their sound systems to the event.

Look out for the Young Warrior spreading his own special message to the people all over the world!