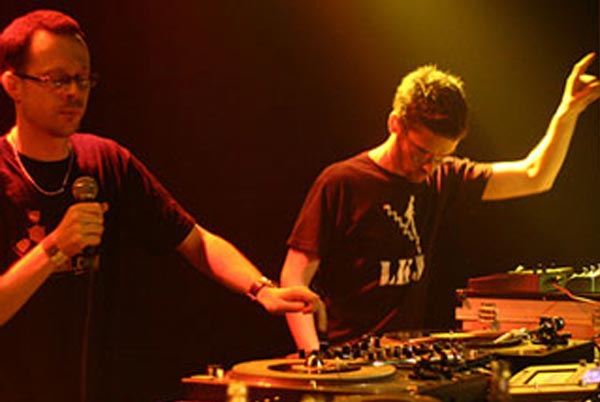 Dubkasm is one of the key components in the international roots and dub movement, originally formed in 1994 during the emergence period of the UK ‘digital dub’ sound. Their work first appeared  two years later on the compilation album ‘Dub Out West’ (Nubian Records NRLP15). Branching into new musical realms, their 2009 Transform I set went on to be reinvented by Bristol’s finest Dubstep producers, featuring remixes by Pinch, Peverelist, Appleblim & Gatekeeper, Headhunter, Guido, Gemmy, RSD, Hyetal, Forsaken and Jakes. They continue to release material and play live across the globe.

Sufferah’s Choice Recordings is an independent record label based in the iconic town of Bristol, UK. Named after DJ Stryda’s renowned Bristol radio show, it has been a vehicle for Dubkasm’s music since 2003 and is known for its authentic yet innovative sounds and philosophy.

Dubkasm’s first release on Sufferah’s Choice in 2003 was a 12 inch featuring ‘Hornsman Trod’ and ‘Strictly Ital’, two UK roots instrumentals with the latter featuring Bristol’s own Ras Addis. Since then they have collaborated with many of the UK’s greats including cult legends such as Aba Shanti-I, Iration Steppas, Levi Roots and Dub Judah. Their debut album ‘Transform I’ saw the duo incorporate Brazilian instrumentation and vocals, the result of many years work carried out between the musical hubs of their hometown Bristol and Brazil, where Digistep lived for five years.